BlackJack – What are the chances of winning?

Did you know that Blackjack gives the player an edge over the house? It may take some skill to make use of the odds, but it is still a great way to try to win big. If you want to play Blackjack in an online or brick-and-mortar casino, here are some tips that could help you win big.

How to play blackjack

Blackjack is well known for being a straightforward game. Players need to get a set of cards that adds up to twenty-one or a close number, without going over it, to win. In addition, while playing blackjack, you compete against the dealer, though you may see other people at the same table. One exception is if multiple people are playing with the same dealer simultaneously, in which case you may play against them.

The game has a straightforward scoring system and rules. Number cards from two up to ten are worth their face value, so for example, a two is worth two points, and a three is worth three points. Face cards (jack, queen, and king) are worth 10 points each, no matter which one you get. An ace card is worth either one or 11, depending on the total of the other cards.

Play blackjack in Online and Live Casinos in India

Depending on the casino, blackjack dealers will be required to stand on 17, which could be either a hard or soft 17 based on the casino's rules. The player’s challenge is to get a higher score than the dealer without going bust, which is easier said than done.

There are several excellent blackjack strategy guides available online. It's relatively easy to research and find one that works best for you.

In online blackjack games, the effectiveness of card counting plans depends on the gaming system’s software provider. The system may be programmed to shuffle the cards after every single hand, making it nearly impossible to keep track of the previously dealt cards.

However, products from other vendors allow you to observe the cards at hand, and with the necessary skills, you can determine if you possess the aptitude to win the game. You can do this for live and online casinos, as well as traditional brick-and-mortar ones. 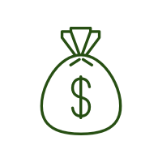 There isn't much difference between playing blackjack online and in person. If you would like to know how to play blackjack online, you merely have to understand the rules of the game, which are the same as in land-based casinos.

The key distinguishing aspect between digital and live blackjack is drawing the cards. In the online edition, the "dealer" is a computer with appropriate algorithms and a random number generator (RNG), which follows the mechanism of the slot machines at casinos. Online casinos may also be obliged to follow different rules.

However, playing blackjack online with a live dealer is akin to playing in an actual casino, so the dealer sticks to the same rules. The decision of which method of play to go for is ultimately up to the player and what they find comfortable since their chances remain unchanged.

Learning to play blackjack online is relatively simple. All you need to do is select a casino and start playing. However, playing it well is a different story.

Land-based casinos often advise players not to draw when holding seventeen or eighteen. Conversely, players with face cards or a ten are often advised to divide one hand with two similar cards into two hands.

In addition, pay attention and keep track of the draw to remain aware of the cards that come up. However, this can become tricky as software companies don't often disclose whether their cards get shuffled between each hand.

Finally, to ensure you receive the best advantage, research and decide whether the blackjack table you are playing at is the right option.

You can now use the knowledge you have gained from this article and try your luck in the game of champions! However, knowing the rules and strategies of the game is one thing, but putting them to practice is another. If you feel hesitant to dive straight in, you can try out free blackjack games at most casinos, who often offer one of their blackjack games for customers to try.

Finding free games will give you extra chances to practice and hone your card-counting techniques. Though you should know that casinos may not appreciate this, as Ben Affleck can attest.

Look around for free blackjack online and gain some experience first, and then when you're ready, you can start playing to get those big payouts.